More than 2,000 people responded to our poll , asking what smells offended their noses the most.

Among the top ten were the smell of babies’ nappies, rotting food, and the pong from a wet dog, while people also came up with a number of more unusual answers.

Some of the popular responses are awful and pretty much as expected but who knew there was somebody out there who was offended by air fresheners?” 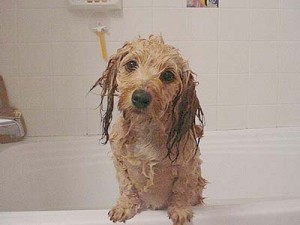 The top ten worst smells as voted for by the British public were:

The unusual answers made us gape in amazement. Fresh bread is one of the universally loved smells, but there’s really no accounting for human taste, is there?

Also, respect to the one person from the 1970s who dislikes Brut 33. We’re still splashing it all over even if he isn’t.

We’d like to apologise to the one person who voted for ‘driving behind bin lorries’, we do try our best to keep our trucks as sweet-smelling as possible, but people keep filling them with rubbish!